Nose remodelling, also known as Rhinoplasty in medicine, is the most favored procedure in surgical operations for correcting nose deformities in our country. The purpose of a cosmetic nose surgery is to make a nose suitable for facial profile. Depending on the person’s preference, the nasal tip, the nasal hump, the nasal root or the nostril are reconstructed and the trouble breathing, if any, is also eliminated. Nasal tip surgery is called tip-plasty or tip-rhinoplasty. There is often a further deviation (middle wall curvature) in the nose, trouble breathing, or a hypertrophy in nasal conchae (conchas). In these cases, the process is called septo-rhinoplasty and, shape and function is corrected all at once. In those who require the second, third surgery and so on since rhinoplasty was previously unsatisfactory, correction or secondary rhinoplasty is being performed.

With which technique is nose job performed?
Different techniques may also be used besides the conventional methods in nasal surgery. During micro-rhinoplasty, which is Yakup Avşar's own technique, the endoscopic technology and the micro-motor system is mainly used to reshape nasal bone structure and repair deviations. Microsurgery equipment is used in nasal tip shaping. Avşar's own design, the technique that micro-motor tips are used, has been an inspiration to many nasal reconstruction surgeons throughout the world in recent years. In rhinoplasty operations where this technique is used, the nose bone structure is cut by endoscopy and the desired shape is given to the nose. Through the micro-motor tips and endoscopy, more controllable fine workmanship is achieved on the bones, so the intended nose shape before the surgery is also achieved more easily. In endoscopy technique, micro-camera-assisted image magnification is provided and surgery is performed by enlarging the nasal regions that are particularly difficult to view and reach approximately 20 times. This is especially of great importance in the correction of difficult nasal structures. Thus, severe deviations, traumatic noses and post-operative damaged structures are operated in a more controlled manner. Micro-camera apparatuses display the intranasal image with the aid of a flexible arm designed by Avşar and by means of this flexible arm, which functions as the third hand of the surgeon, the surgery is performed fast, controlled and meticulously. Normally, nasal surgeries are divided into two categories as open or closed techniques depending on whether there is an incision made under the nose tip. In micro-rhinoplasty, endoscope-assisted closed technique is used. And the difference of this method from conventional closed rhinoplasty is that the inner structure of the nose is visible from the tip of the nose to the root of the nose in micro-rhinoplasty. Similar to the open technique, the intended shape is also given to the nose tip while the lower part of the nose tip is not cut. In the open technique, it is necessary to stitch and close the incision under the nose tip to see the last shape of the nose. The surgeon will have to open these stitches again when he does not like the final shape. However, during the technique we employ, the shape of the nose tip is checked and viewed throughout the operation and it doesn’t need to be closed and opened. 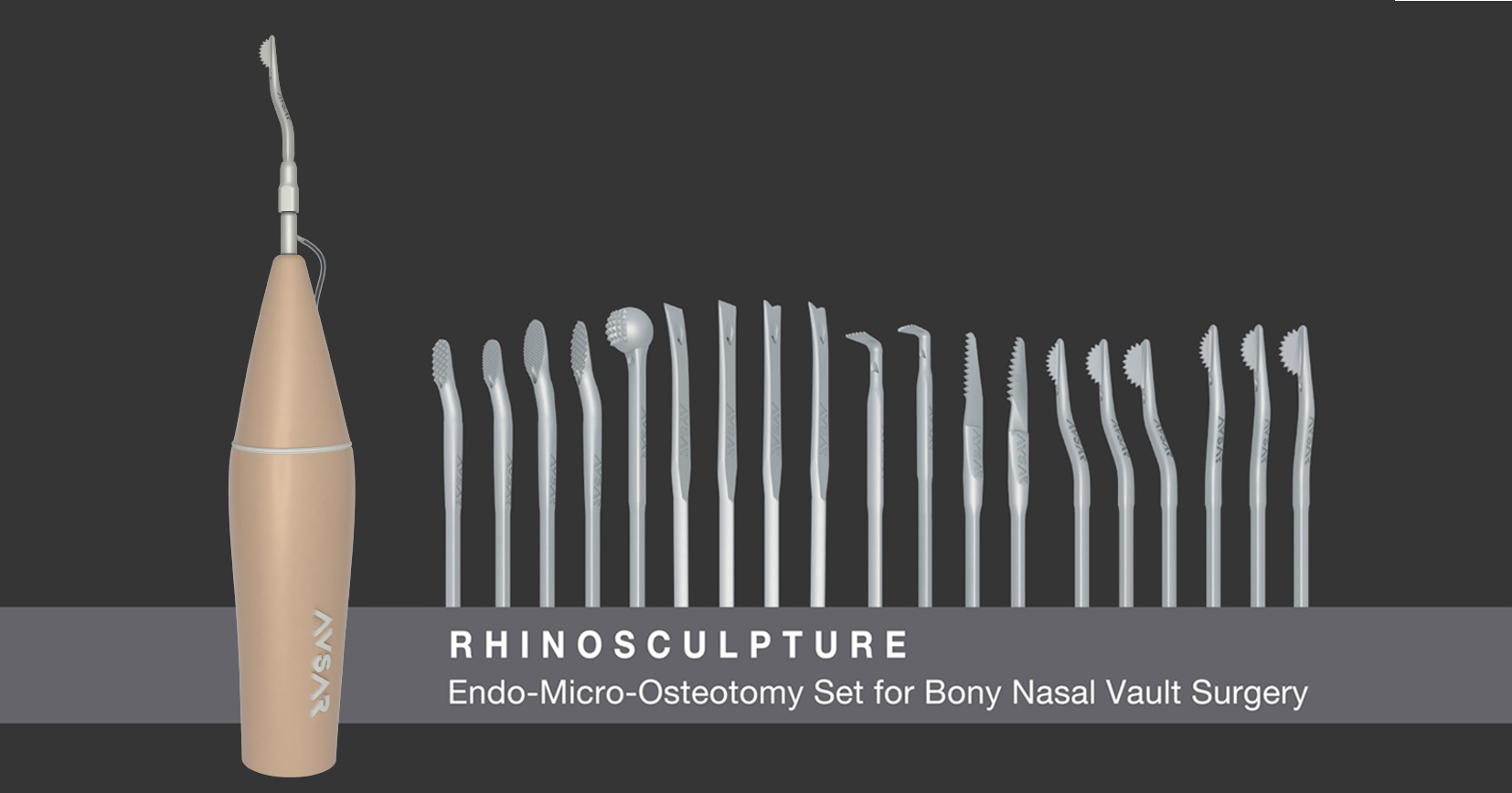 This technique is also applied with endoscopic closed system and micro-motor support for tip-plasty, secondary rhinoplasty, and septo-rhinoplasty. Cases with open technical indications are below 1% and it is applied in very small nostrils or secondary cases.

Avşar Mask with 3D Printing Technology
Before the surgery, while the person who wants to have a nose operation tells Yakup Avşar what type of nose he/she would like to have, Avşar designs the nose which fits to his/her face the most at the same time. It is important to see the nose shape to be formed after the operation with the 3D face mask, in other words the 3D Avsar Mask, both for Avşar to prepare for the operation and to make it easier for the patient to envisage the new nose. This is called pre-post-simulation in medicine and 3D printing technology was first used in that field by Yakup Avşar in the world. Now, this technique continues to be used as Avşar Mask all over the world. In this technique, the patient's nose and face are scanned first, and then a 3D shape is created. The data obtained is shaved like a sculpture in the computer environment and the most appropriate nose shape is revealed for patient’s face. In this process, Yakup Avşar who also listened to his patient's expectations certainly takes a printout in the form of a 3D mask and gives it to his patient for his/her review. The most important feature that distinguishes this technique from others is that the patient can experience the new nose closely before the surgery and experience it by touching. The patient is thus much more comfortable to decide on the surgery and afterwards, unfavorable situations are not encountered.

Is there an ideal age to have rhinoplasty?
In order to have a rhinoplasty, as a lower limit, the average age is 17 years for females and 18 years for males. However, if the patient has a complaint about breathing, this age can be scheduled to an earlier time and septo-rhinoplasty is applied to these patients.

What are the preoperative preparations for rhinoplasty?
People who are prepared for rhinoplasty should agree with their doctor about shape and technique at least 1 month before. In the last month, Aspirin, Vitamins, herbal tablets, energy drink, green tea should not be taken. These products have been scientifically proven to increase bruise and swelling. At least one month before, the person should not take agents containing Retinoic acid used to dry out acnes. These drugs cause mucosal and skin dryness and consequently slow the healing process. The cigarette and alcohol should be reduced substantially and stopped until the operation day. On the day of surgery, the person should not have any disease such as sinusitis, cold, flu or cold sores.

How does the operation proceed in rhinoplasty?
Nose surgery is performed under general anesthesia and takes about 2.5 hours. Tip-plasty is shorter and takes 1.5 hours. Septo-rhinoplasty operations take about 3 hours. The operation time of secondary rhinoplasty cases changes between 1.5 to 3 hours according to the extent and area of the current damage. There is no post-operative pain, and cold application is done on the face on the first day. The patient is hospitalized for one night and returns home the next day.

How is the post-operative process in rhinoplasty?
A slight edema (swelling) and bruising may occur 2 to 3 days after the surgery, but this is quickly reversed in the following days. After 5 to 7 days from the rhinoplasty operation, the plastic splints and bands on the nose are removed, and the patient can easily return to normal life. A short flight at the end of the first week and a long flight at the end of the second week is possible. After a week, a short walk can be taken, and after two weeks, running at a slow pace is possible; after three weeks, light exercises can be done and the dose can be gradually increased, and after two months, heavy sports and weight trainings are possible.